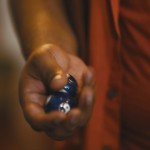 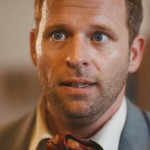 Elwin works as an illustrative designer and director. He studied the Arts Academy in Tilburg [nl] where he graduated in 2D art and animation. He started making movies around 2000 where it began as a hobby making movies with friends. He formed a group called 'B-pro', with friends who were experienced in martial arts. Around 2005 a lot of his action comedy shorts where shown on Dutch television and on popular Dutch websites. They where made with zero to low budgets, but fuelled with enthousiasm and daredoing. The stunts performed by Raphael Klompers, Rudi van der Steen, Murat Nur, Johan Aders, William Cheng, Willem Sools, Jose Roman, Renko Koppe and many others where very impressive. These action short comedies made Elwin and his team get noticed and provided the opportunity for Elwin to appear on a Dutch live television to talk about his independent films. Elwin himself writes, directs, edits and often storyboards his own movies. The genres he's working in developed from mainly action comedy's to drama's, suspense movies and impressionistic films. www.er-pro.nl