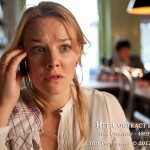 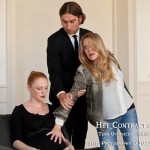 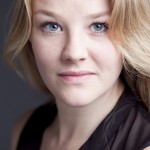 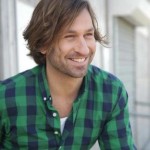 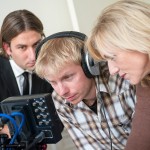 The Contract is a thriller about Emma, a dissolute young woman with a strong desire to become a mother. After she finds the love of her life to settle down with, she is hunted down by the company that wants from her what was agreed upon.

Emma, a dissolute young woman with a strong desire to become a mother, has finally found the love of her life to settle down with. When she receives a mysterious postcard her new life is turned upsidedown. Her shady past has caught up with her: she has been traced by the company that wants from her what was agreed upon. She’s forced to pay her debt by making an impossible choice.

“With my eyes just above the table edge as a kid I was searching for the most exciting angles to look at my precisely positioned cars, Lego and Play Mobile. So yes, I think it’s always been there.” The fascination for film ignites during his high school period while creating a fantasy commercial. He’s fallen in love with the medium. With help from his family, he directs his first short film at the age of 16th and the film promptly wins the second prize at a national competition in Utrecht, The Netherlands. The filmmaker Tim Klok (Eindhoven, 1980) was born. After high school Tim worked at a cinema for several years where he could watch as many films as he wanted. He was impressed by movies like Ronin by John Frankenheimer, because of the great mystic atmosphere and dazzling chase scenes, and The Messenger by Luc Besson, because of the exciting vision on the story of Joan of Arc and the inspiring cinematography. And high on his list are the later released Lord of the Rings Trilogy by Peter Jackson. A stunning performance of directing and editing and a fascinating, beautiful use of color. At professional film employers TIm is able to get more and more experience in the profession working as an editor. While times passes his own creative voice starts to take over. With two colleagues he founded the audiovisual production company tbsProductions. Tim produces, directs and edits information films, commercials, corporate films and documentaries. And here he discovers that his real strength and passion lies in visualizing and telling stories about and for people. For National Monument Camp Vught (a former concentration camp), he directs the films “Empty seats” and “Who will help me now,” about children in the transit camp. And with films lik this he’s found his true nature. Both films won prizes at national and international film festivals. A Golden Heron in Amsterdam, a Gold Camera Award and a Silver Screen Award in Los Angeles and a Laurier de Bronze in Le Creusot (France). With screenwriters among others Rudi Brekelmans , Joeri Pruys and Cees Baas Tim forms a creative team that shares the passion for telling special stories. Original. Effective. Humorous. Relevant. Their influences lie in the popular alternative cinema. Directors like the Coen Brothers, Fincher, Jeunet, Kubrick. Writers like Paul Schrader, Larry David and Charlie Kaufman. Real people with a distinct style that still make films for a wide audience. Together with these writers Tim applies to larger and larger projects.